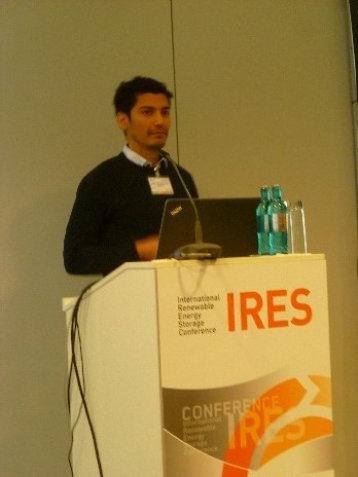 The figures confirm the position of the IRES Conference, the Energy Storage Europe Conference and the trade fair as the world's leading platform for storage technologies – ranging from battery storage to thermal and mechanical storage up to Power2Gas and their practical applications.

With increasing shares of intermittent renewable energy the amount of surplus electricity will increase in the next decades. The number of hours with negative prices increased in the last years. In 2015 the number of hours with negative prices on the power exchange market grew up to 130 from 54 in 2012. Electric boilers and heat pumps can integrate surpluses of electric power and thus decarbonise the heating sector.

Demonstrator plants of the EU co-funded project Celsius have confirmed that by using low-temperature sources, such as sewers in cities it is possible to supply heat and domestic hot water to  buildings in Cologne Germany. Based on the performance of these plants, decentralized and centralized potentials of sewage source heat pumps have been simulated in order to quantify the effects on the integration of fluctuating renewable energy through these technologies in future scenarios.

After investigating the sewage water potential of the city, it is confirmed that large scale heat pumps like in Finland, Sweden, and other European countries could use this heat source in order to cover significant part of the district heating demand in Cologne. The investigation presented at the IRES conference shows that by 2030 about 10% of the district heating demand in Cologne can be supplied by heat pumps and thermal energy storages using electricity surpluses and heat recovered from sewage water. While by 2050 this share can grow up to 45%. In this way, about the same amount of fossil fuel and CO2 emissions can be avoided. In decentralized systems only 10% of heat demand can be covered by 2050. Both technologies should be implemented but in a different way e.g. electric boilers should only be used in peak hours or when electricity prices are very low, since in comparison with heat pumps are much less inefficient.