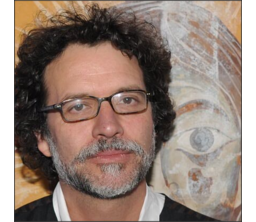 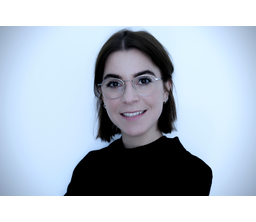 On the occasion of the 40thanniversary of the discovery of a Nabataean painted cave, we invite you to join the Seminar Day. Talks will be given in English and French by specialists from their respective fields (archaeology, conservation, analytical science). The event is hosted by the École normale supérieure Paris and was initiated by the PPCP Consortium and the UMR 8546 CNRS-ENS, PSL University.

Compared to the monumental carved tombs, free standing buildings and temples, which can be admired by all visitors in the Petra Archaeological Park, the rock-cut houses are a less known heritage of the Nabataean Kingdom of Petra.
One of these examples is located near the monumental ruins of the Ancient Royal City Petra, at the beginning of the Wadi as-Siyyagh.
In 1939 the scholars G. and A. Horsfield first published the exploration of the Wadi as-Siyyagh plastered cave complex yet failed to describe the extensively painted cave.
Today, 80 years later, the international collaboration between the PPCP Consortium and the UMR 8546 CNRS-ENS, PSL University would like to draw attention to the Wadi as-Siyyagh wall paintings to mark the 40th anniversary of its discovery. The painted cave is part of a troglodyte complex, deeply carved into the rock. Present remains of painted plaster and stucco on the inside walls indicate the wealth of former decoration and living.
On this event you will be introduced to the history and archaeology of the Wadis in the Petra Archaeological Park. An overview of the remains of Nabataean wall painting will be presented outlining their value and need of conservation measures in order to preserve the Nabataean painted heritage in Petra, focusing on the painted cave at Wadi as-Siyyagh.
Besides the historical and archaeological information with regard to the painted heritage at Wadi as-Siyyagh findings from the technical and analytical investigations commenced in 2018 by the PPCP consortium will be presented. You are invited to participate in an open discussion after the final talk, which will point out the responsibility and the difficulties the archaeologists and conservators have to face in order to preserve the Nabataean cultural heritage. 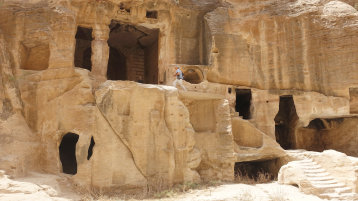 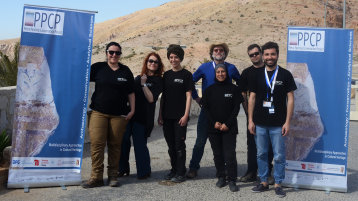